NaFFAA Reflects on its Achievements During its 20th Year

Washington, DC — “Our 20th anniversary is a testimonial to our steady and strong commitment to community empowerment,” says NaFFAA National Vice Chair Emeritus Gloria T. Caoile. “From our founding to the present, we have given voice to our community’s aspirations through our various advocacy initiatives with the goal of making our power count.”

To mark this important milestone, NaFFAA is planning several events in October to coincide with the national observance of Filipino American History Month. Framed by the theme “NaFFAA 2.0: One Voice, Four Million Strong,” the celebration will culminate with NaFFAA’s 20th Anniversary Gala, to be held at the Marriott Wardman Park Hotel in Washington, DC on Saturday, October 21, 2017.  Speakers and special presentations at the gala will highlight NaFFAA’s accomplishments over the past 20 years. 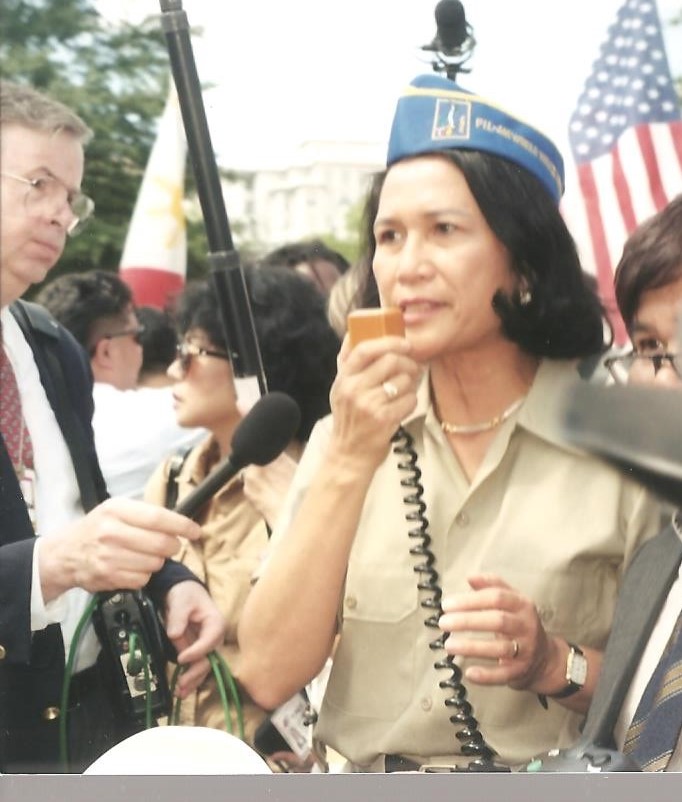 The formal presentation of the Filipino Veterans Congressional Gold Medal Award, which will take place on October 25 at the Capitol, adds a special significance to NaFFAA’s 20th anniversary celebration. Recognition for the service and sacrifices of Filipino World War II veterans has been a top priority for NaFFAA since its founding. 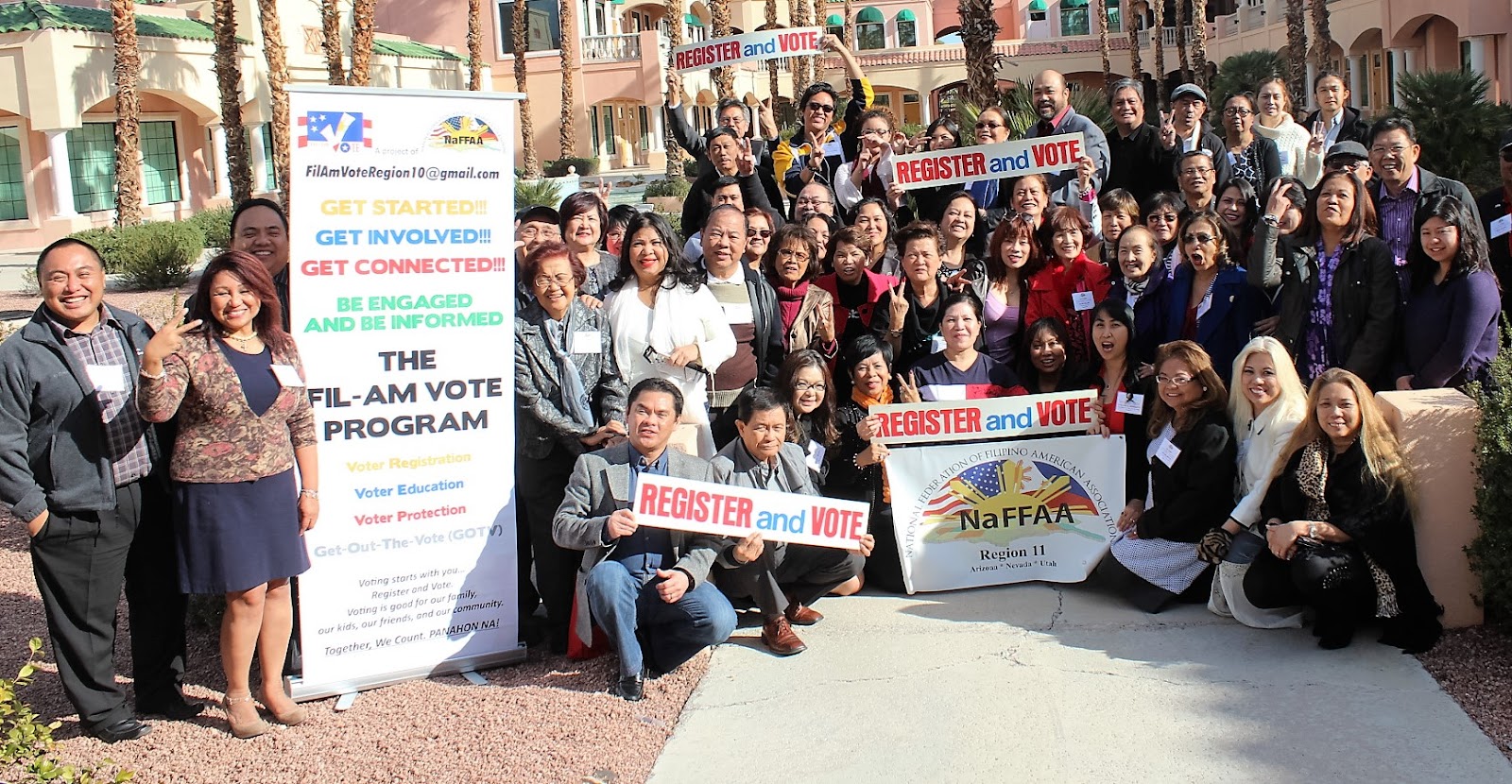 The FilAmVote Program has been NaFFAA’s primary vehicle for civic engagement, with its goal of registering more Filipino Americans and getting them out to vote.

NaFFAA has a long legacy of advocating for the rights of Filipino Americans. Under the leadership of its first National Chairman, Alex Esclamado, NaFFAA kicked off a nationwide campaign in September 1997 to secure legislation that would repeal the 1946 Rescission Act, which denied Filipino World War II veterans their rightful benefits. Other related issues, such as family reunification (notably parole visas for children of veterans), were taken up by NaFFAA in the years that followed. Among NaFFAA’s partners were the American Coalition for Filipino Veterans (ACFV), the National Alliance for Filipino Veterans Equity (NAFVE), and the Philippine Embassy’s Office of Veterans Affairs.

Recognizing that policies affecting Filipinos and Filipino Americans are made in Congress, NaFFAA joined other national civil rights organizations based in Washington, DC in order to advocate for common causes. The coalition work provided valuable resources and strengthened collective action in pursuing such issues such as Comprehensive Immigration Reform, the DREAM Act, voting rights, electoral participation, and the U.S. Census in 2000 and 2010. Significantly, increased voter registration in Nevada – where the fastest growing Filipino population resides – earned the community the right to have voting materials translated in Tagalog. 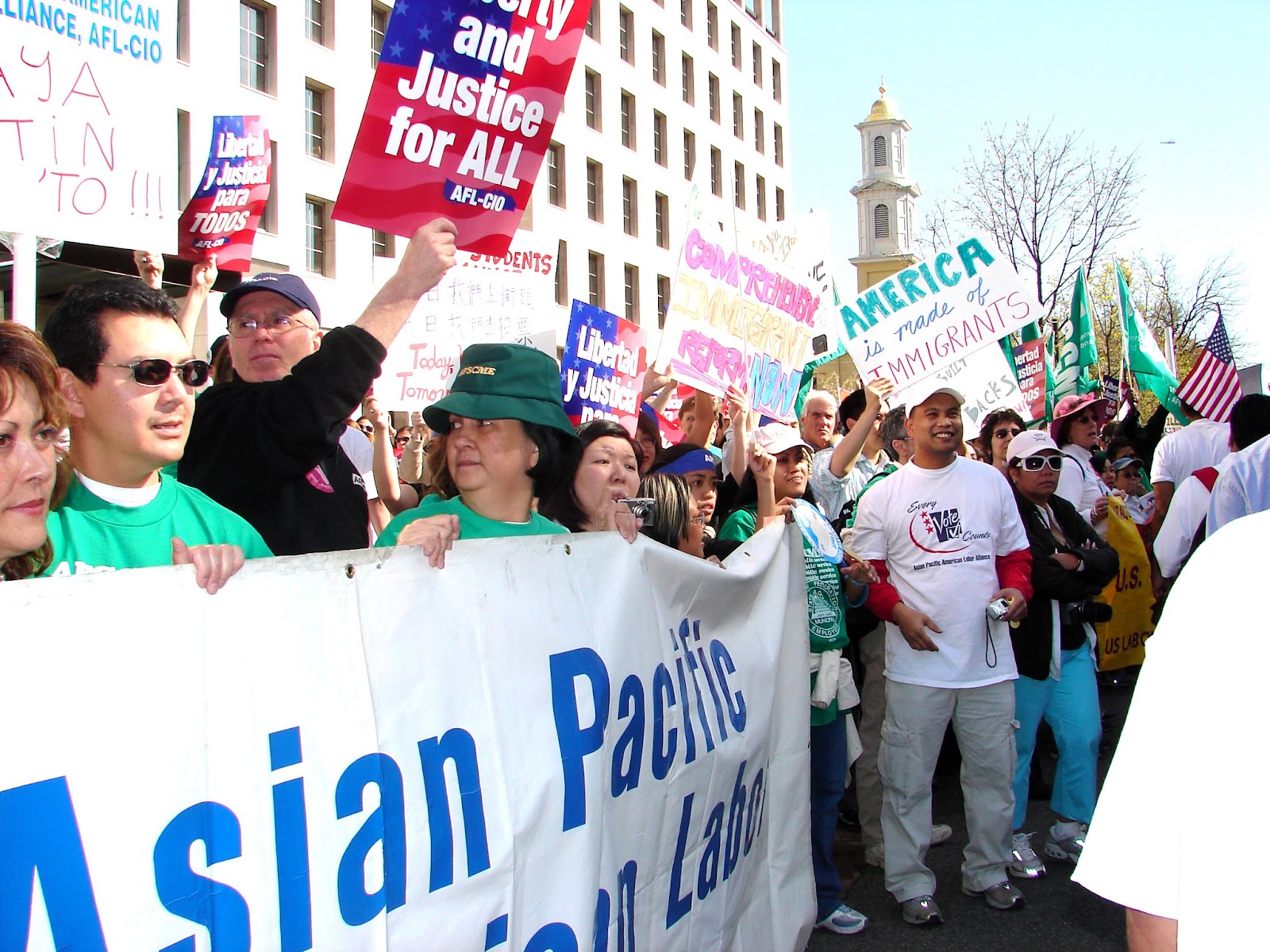 On September 1999, Joseph Ileto, a Filipino American postal worker in Los Angeles, was shot and killed by a white supremacist. In response, NaFFAA and its coalition partners – notably the Filipino Civil Rights Alliance (FilCRA) and the National Council of Asian Pacific Americans (NCAPA) – mobilized a nationwide campaign against hate crimes. It included press conferences, demonstrations, fundraising drives, and community forums. NaFFAA helped coordinate speaking tours across the country for the Ileto family so they can speak publicly about the need for anti-hate crime legislation, gun control laws, and resources to address race relations.

After the terrorist attacks on September 11, 2001, NaFFAA’s Southwest region, under the leadership of Gus Mercado, led a successful petition campaign to free the “Texas 10” from six months of harsh imprisonment. The wrongly-accused Filipino airline mechanics of Texas were victims of widespread anti-immigrant paranoia that closely followed 9/11.

Faced with growing incidents of racial stereotyping in TV sitcoms, such as ABC’s “Desperate Housewives,” which denigrated Filipino health professionals, NaFFAA partnered with Asian Americans Advancing Justice and the Philippine American Medical Association in 2004 to educate media corporations about the need for greater inclusion and diversity.

In 2002, National Chair Loida Nicolas Lewis initiated various programs, primarily to assist and empower Filipino nationals in the U.S. These include overseas voting rights, dual citizenship and a Memorandum of Agreement with the Philippine Government to assist distressed Filipino nationals.

In 2013, after Typhoon Haiyan displaced thousands of Filipinos in Central Philippines, NaFFAA worked with various immigrant rights organizations to advocate for Temporary Protected Status (TPS) for undocumented Filipinos in the U.S. Ultimately, the Obama Administration denied this request. 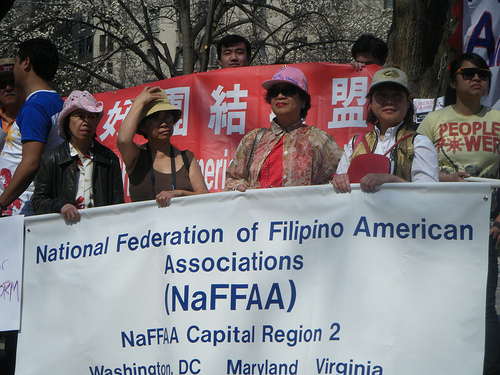 NaFFAA’s Capital Region has led the organization’s advocacy initiatives in Washington, DC on such issues as voting rights, hate crimes, and racial profiling.​

NaFFAA spent the first three years painfully and painstakingly establishing its vision, mission and programs. Several chapters across the country were established within NaFFAA’s 12 regions. Annual regional and national conferences were held to build memberships, develop networks with affiliate organizations, and implement programs on the grassroots level.

In Washington, DC, the national executive staff forged close working relations with coalition partners with shared missions and goals. It monitored legislation and executive decisions that were critical to the community. It also coordinated joint programs with the White House Initiative on Asian Americans and Pacific Islanders (WHIAAPI). Among NaFFAA’s leaders who served in the President’s Advisory Commission on AAPIs are Gloria T. Caoile and Rozita Lee.

In 2001, NaFFAA’s national staff conducted a survey on the role of performing arts in the community through a Ford Foundation Grant. A study was completed in 2002 about the state of K-12 Filipino American education in public schools.

Aurora Cudal, a NaFFAA charter member and the first Regional Chair representing San Diego, CA, says that the spirit that pervaded NaFFAA’s founding conference was “a strong sense of communal responsibility to unite as a people and to show to the whole world that Filipinos in America have one voice, and have one vision: to be good citizens and to be engaged in civic affairs, to make our voices heard by the power of our vote, and to train our young people for leadership so that NaFFAA will continue to grow as an organization.”

She adds, “The fire of empowerment was kindled and I enthusiastically embraced the vision and mission of NaFFAA. I believe then, and I still believe today and beyond, that NaFFAA will become stronger and influential as the voice of Filipinos and Filipino Americans in this great nation.”

To learn more about NaFFAA or to purchase tickets for the 20th Anniversary Gala, please visit www.naffaa.org.